I've recently begun studying Māori and was interested to see what Apps were out there, so I've been trying some of them out and have given here my personal reactions. If you have any suggestions of Apps I've missed then please do get in touch or add a comment. 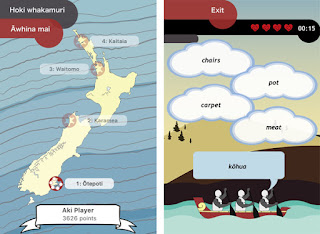 —Aki from the University of Otago is a game for learning and practising vocabulary. You need to be quick to get to the next level so it takes a little practice. The word order changes each game to keep you on your toes.

It is very attractive and a lot of thought has gone into the presentation. I would have swapped the position of the words so you have to distinguish between four Māori words and I'd have used an image instead of, or plus, the English word, in the boat. The focus should be on finding the Maori word for something rather than looking at four English words. And why not use the time as the boat moves off to repeat the word in Māori? As it is you are left with the English word in your mind.
★★★☆☆


—Kura, Kura-English and Puna. Developed by Victoria University’s Faculty of Education, Te Kura Māori, these create an immersive language environment and include a number of different activities from vocabulary games to general knowledge quizzes.

—Kura: The first section introduces words with their pronunciation in two voices so you can practice saying them. There is a lot of useful vocabulary and although there is hardly any English anywhere it is pretty intuitive to find your way about and play the games.
★★★★★

—Kura-English: is the same but with instructions in English making it easier to follow for beginners.
★★★★★

—Puna: is currently in Maori language only and enables the user to select their own words to focus on. A couple of the sections are visual puzzles with the name of the object said at the end so are not so useful for practising Māori.
★★★★☆ 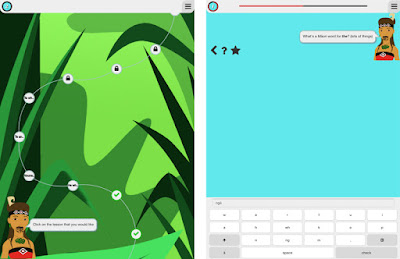 —TIPU is a didactic Māori language course with Koi asking questions and you type the answers or click the question mark if you don't know the answer. Gradually you move through the levels and up the map.

For me this is let down by the lack of sound so you can't practice listening or pronunciation and on the ipad mini the onscreen text and keyboard are both very small and not easy to read – which is strange because there is so much empty space on the screen.
★★☆☆☆


—KIWA Māori vocabulary games for 3–6 year olds. Attractive design and good for practising both listening and spelling. They're great for practising the correct sounds of the letters. Match images with Māori names related with each subject. They are very short as they are aimed at children and so there is not much variation. Doing the first one 'On The Road' I’ve learnt there is another version of the word for bicycle: pahikara. I had learnt paihikara in the Toku Reo series. In 'Dress the Tuatara' I think it would have not made it any more complicated to have put the question, as well as the names of the clothes, in Māori, like they did in the He aha tēnei? app below. Check out their Reo Puzzles Online for a wider selection.
★★★★☆

—KIWA also have a series of graphic novellas in Māori with English texts available and they include the complete audio of the story. The Māori level is way beyond me at the moment but it is a good way to immerse yourself in the language and images for a while.
★★★★★ 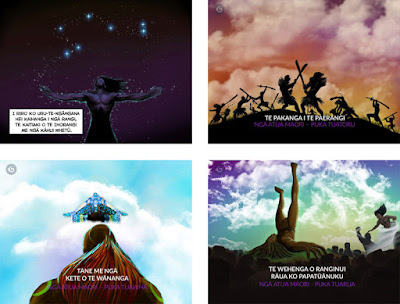 (These are also available to watch on Kiwa Digital’s Youtube)

KIWA are also doing collaborations with publishers such as HUIA Press so look out for more exciting things from them. Their Milly, Molly (Ko Mere ko Miro) series in Māori (which was previously available as the Milly, Molly Maori Library) are now being released as individual apps for each book. Currently there are five in the series and unlike the above stories they don't have English translations in the app so it's a good challenge to understand them! The Kiwa apps also allow you to record yourself telling the stories so you can try out your pronunciation.
★★★★★

—Te Pūmanawa This is an online Māori language and culture course. It has loads of information with graphics, video, pronunciation practice and exercises. I have only looked through the free examples and felt the quality of the videos lacked emotion or context. I feel it doesn't draw the learner in or guide them through in an engaging way. It's a pity because a lot of effort has obviously gone into preparing the course.
★★☆☆☆

—He aha tēnei? and He haerenga from Pāpapa are both aimed at young children. The first is free and introduces a small selection of everyday words. You drag and drop each part of the word to hear each syllable and then the whole word pronounced. It is simple and very attractively presented. The second has a small cost. I haven't tried it but if He aha tēnei? is anything to go by it should be well worth the money. I noticed that the translators are certified by Te Taura Whiri i te Reo Māori (The Māori Language Commission) and for example they use maika for banana following the recommended new word rather than the loan word panana.
★★★★★

Screenshots from He aha tēnei?

—The Te Kākano App from Te Whanake Māori language resources is a complete language course designed by Professor John Moorfield. The app needs an internet connection to access all the information (podcasts and videos) but it is very thorough and entertaining. I have only looked at the first chapter of the app but think it is the best organised Māori language course I have seen, and very good value for money.
★★★★★

—Zippy's Tales from Titan Ideas are aimed at a younger audience with Zippy introducing children to traditional stories from around the world. 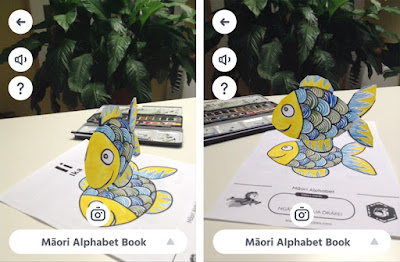 Zippy's Colouring App includes Zippy's stories from New Zealand and their latest one, the Māori Alphabet Book. Children colour in drawings, which can be downloaded and printed out from the previous link, and with the app the coloured drawings come to life with augmented reality. A selection of the pictures are available to try for free. This is a fun app for children although it is more about cultural awareness and storytelling at the moment rather than specifically the Māori language. However, it demonstrates the power of augmented reality and is a very engaging way for children to learn. My old ipad mini kept crashing but I managed to get a couple of screenshots of my painted ika!
★★★★☆

Author: Charles Olsen is a poet and artist from Nelson, NZ, who has, for the last 14 years, been teaching English as a foreign language in Spain. He also does graphic design, translation and audio-visual work related with the literary field such as book trailers and video poetry with his production company antenablue 'the observed word'. He started learning Te Reo Māori in January 2018. 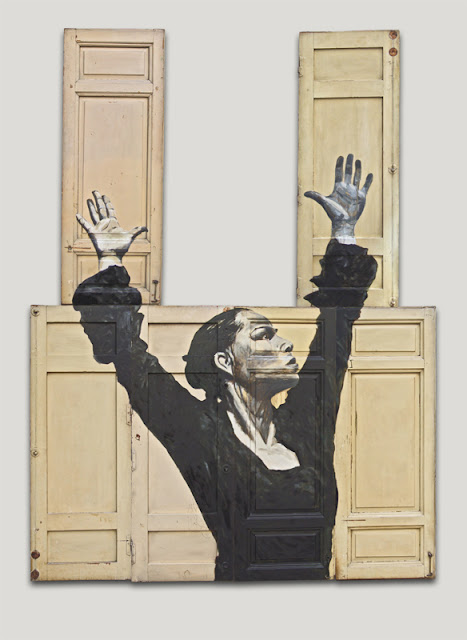 Velázquez and his Influence on Nineteenth and Twentieth Century Painters

Ice on the Water 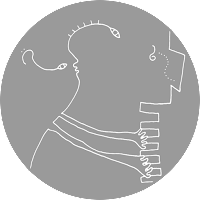